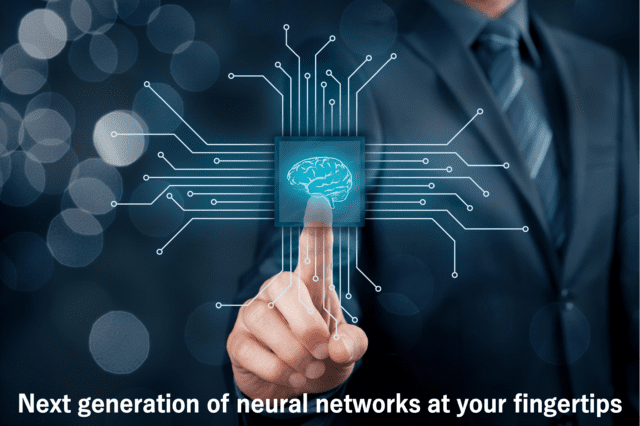 SNNs are a type of artificial neural network (ANN) that are more closely inspired by the brain than their second generation counterpart with one key difference, in that SNNs are spatiotemporal NNs, that is, they consider time in their operation. SNNs operate on discrete peaks determined by a differential equation representing various biological processes. The critical threshold fires after the neuron's membrane potential is reached ("firing" threshold), which occurs when spikes are fired in that neuron at specific time sequences. Analogously, the brain consists of 86 billion computational units called neurons, which receive information from other neurons via dendrites, once inputs exceed a certain threshold, the neuron fires and sends an electrical pulse through of a synapse, and the synaptic weight controls the spread of the pulse sent to the next neuron. Unlike other artificial neural networks, SNN neurons fire asynchronously at different layers of the network and arrive at different times where information traditionally propagates across layers dictated by the system clock. The spatiotemporal property of SNNs, together with the discontinuous nature of the spikes, means that models can be more sparsely distributed with neurons that only connect to relevant neurons and use time as a variable, allowing information to is more densely encoded compared to ANN's traditional binary encoding. Which leads to SNNs being more computationally powerful and more efficient.

The asynchronous behavior of SNNs together with the need to execute differential equations is computationally demanding on traditional hardware and a new architecture had to be developed. This is where neuromorphic architecture comes in.

Technologically, neuromorphic devices have the potential to play an important role in the coming era of edge and endpoint artificial intelligence. To understand the expected demand of the industry, it is necessary to look at the research forecasts. According to a report by Sheer Analytics & Insights, the global neuromorphic computing market is expected to reach $780 million with a CAGR of 50,3% by 2028 [1]. Mordor Intelligence, on the other hand, expects the market to reach $366 million by 2026 at a CAGR of 47,4% [2] and much more market research can be found online indicating a similar increase. While the forecast numbers are not consistent with each other, one thing is consistent, the demand for neuromorphic devices is expected to increase dramatically in the coming years and market research firms expect various industries such as industrial, automotive, mobile and medical adopt neuromorphic devices for a variety of applications.

Since TinyML (Tiny Machine Learning) is concerned with running ML and NN on devices with strict memory/processor constraints, such as microcontrollers (MCUs), it is a natural step to incorporate a neuromorphic kernel for TinyML use cases. , as there are several distinct advantages.

Neuromorphic devices are event-based processors that operate on non-zero events. Event-based convolution and dot products are significantly less computationally expensive, since zeros are not processed. Event-based convolution performance is further improved with more zeros in the filter channels or kernels. This, along with trigger features such as Relu being centered around zero, provides the inherent trigger sparseness property of event-based processors, reducing effective MAC requirements.

Also, as the processing of neuromorphic devices increases, more restricted quantization, such as 1, 2, and 4-bit quantization, can be used compared to conventional 8-bit quantization in ANN. Also, since SNNs are embedded in hardware, neuromorphic devices (such as Brainchip's Akida) have the unique On-Edge learning capability. This is not possible with conventional devices, as they only simulate a Von Neumann architecture neural network, making On-Edge learning computationally expensive with large memory overheads, outside the budget of TinyML systems. Also, to train an NN model, integers would not provide enough range to train a model accurately, so it is currently not feasible to train with 8 bits on traditional architectures. For traditional architectures, currently, some edge learning implementations with machine learning algorithms (auto-encoders, decision trees) have reached a production stage for simple real-time analytics use cases, while NNs are still are under investigation.

In summary, the advantages of using neuromorphic devices and SNN On-Edge:

With all said and done, microcontrollers with neuromorphic cores can excel in industry-wide use cases with their distinctive edge-learning features, such as:

The balance between the ultra-low power of neuromorphic endpoint devices and the enhanced performance makes it suitable for extended battery-powered applications, running algorithms that are not possible on other low-power devices due to being computationally limited. Or vice versa, with high-end devices capable of similar processing power consuming too much power. Use cases include:

Renesas, as a leader in semiconductors, has recognized the great potential of neuromorphic devices and SNNs, so we have licensed a neuromorphic core from Brainchip [3], the world's first commercial producer of neuromorphic IP, as noted by Sailesh Chittipeddi , our executive vice president at EEnews Europe, “At the low end, we've added an ARM M33 MCU and a spike neural network with BrainChip core licensed for select applications; we have licensed what we need to license BrainChip, including the software to get the ball rolling.” [4]

Therefore, as we try to innovate and develop the best possible devices on the market, we are excited to see how this innovation will contribute to making our lives easier.